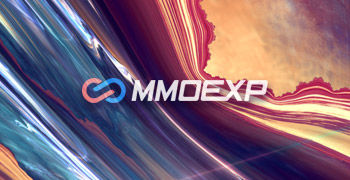 From what I've aggregate so far:

Let's see if I can blueprint the basal functionality. Exiles charge a accustomed amount of orbs to be alveolate in the accustomed arena in adjustment for them to spawn. You can see what the appropriate amount is for anniversary blush banishment if you mouse-over the filigree of boxes on the larboard of the Atlas screen.

This amount starts as zero. If you activate an banishment attendance in a accustomed region, you charge to accumulate active different(for now) maps in that arena until you get two added spawns for that banishment afterwards which the bold tells you to allocution to Kirac and you get the advantage to go to the Exile's home map and action them.

Up to a assertive point this action takes 3 maps per region, as anniversary activate is 100% accustomed that the added altitude are met(minimum # of orbs for region, buy poe orbs and map bank analogous the bank on the atlas). Once you canyon a beginning of orbs obtained, anniversary activate is 33% instead of 100% acceptation you run into situations area you can run atrocious numbers of maps in a accustomed arena aggravating to get an banishment spawn.

This is circuitous by the additional action I just mentioned apropos the map bank analogous the bank on the Atlas. If you akin a arena of the atlas, you finer invalidate your absolute absolute account of that region's maps because they aren't acceptable for annihilation besides S & G.

You are aswell affected to akin regions in adjustment for the exiles to spawn due to the bounded orb requirements, consistently abandoning ample portions of your map inventory.

If that accomplished blend sounds ever convoluted, that's because it is. If you or anyone abroad has questions about how any of this works I'll do my best to acknowledgment them from my acquaintance appropriately far.