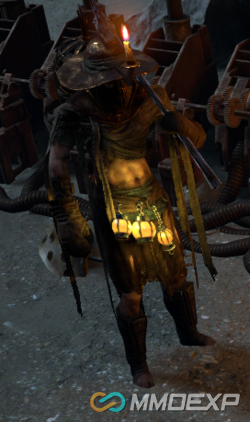 In Path of Exile, a delve is when you explore the infinite Azurite Mine dungeon. You can start delving from act 4 onwards, from the point you start encountering Niko, Master of the Depths. Let’s go through what you need to know about Delving!

First of all, let’s touch on the mechanics of delving.

Voltaxic Sulphite is used when delving to travel to checkpoints that you have not already discovered in the Azurite Mine. From act 4 onwards, zones can now spawn 3 caches of Sulphite. When you decide to click on them, Niko will summon, and you can harvest it. Keep in mind however, the higher the zone level, the more sulphite you gain. In maps, the sulphite received can be increased with the map quantity. Nearby players that are in your party will also receive the harvested Sulphite. You can actually increase the Sulphite in maps with certain Scarabs. You can only have a certain amount of sulphite on you at one time, but this cap can increase using Azurite (more on that later). To transport from one checkpoint in the Azurite Mine to another costs Sulphite, and the specific cost of it depends on the length and depth of the path you wish to take, but it won’t exceed 1100 Sulphite.

Darkness has a very important role when delving, as you can take very high amounts of damage when you’re in darkness. The specific damage you take is equal to 2% of your life and energy shield per second, which stacks every 0.25 seconds, to a maximum of 5000 stacks. However, you can clear this de buff whenever you step into an area that is lit. Keep in mind though, allied minions and totems don’t take darkness damage, and the same goes for monsters in darkness. To get light, it is mainly emitted by the Crawler, or cables that are generated, or flares. If you’re unaware what flares are, they are consumable items that can be thrown to create a temporary area that is lit. It’s radius, maximum capacity and duration can all be increased by spending Azurite. Make sure you watch out for Stalkers, which are monsters found in the Azurite Mine that can disable your sources of light temporarily. Your resistance to the darkness damage decreases when you delve deeper in the mine, so always be on the lookout for light!

As aforementioned, the Crawler can be used in the Azurite Mine to navigate to checkpoints that are undiscovered. This costs Sulphite, but it can automatically transport you to a chosen waypoint, as long as there is light around it. If you move ahead of the path of the Crawler, it will speed up to catch up to you, but if you move too far – it will stop! The Crawler also picks up the items you drop.

Dynamite is a useful item that can be used to destroy fractured walls, which are usually hidden in dark areas off the normal path. Walls only take 1 dynamite to destroy, and it can also be used to attack enemies. As always, the radius, maximum capacity and damage can be upgraded by spending Azurite.

Moving on from mechanics, let’s talk about the Azurite Mine itself. Firstly, you can explore the mine by going downwards and laterally. The former will lead you to increase the difficulty of the Azurite Mine. In a delve, you aim to transport from one checkpoint to another, and usually you’ll have specific encounters with monsters during that time. After finishing encounter, the Crawler will drop some items, which will be your reward.

Whenever you load a checkpoint in a delve, the game will put you into an instance with a 5x5 grid around you. If you go outside that grid or load a path that requires relocating the Crawler, a new instance will then be created. If you die in an instance, you will not be able to return to it. When delving in a group, you can find a portal to the instance where the party leader creates one.

There’s plenty of hidden loot scattered all across the Azurite Mine. For example, there’s small containers of loot that are usually hidden in dark areas, often found inside paths where the Crawler would pass by. You can get fossils, resonates, dynamite, flares, Azurite and other rewards from them. 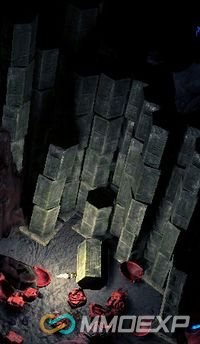 You can find fractured walls in dark areas, which are signified by icons on the mini map if you are in a close enough proximity. Hovering over it will show you its health, which can be destroyed by using dynamite (remember dynamite from earlier?). Behind these walls are rare loot containers and maybe even hidden paths to checkpoints that weren’t accessible before.

Transitioning into hidden paths, as you may see in your checkpoints, there may be no paths leading into it. Therefore, there’s a hidden path behind a fractured wall, which must be broken with items such as dynamite, and then you can send the Crawler into that checkpoint. To find hidden walls a lot easier, try follow this path creation rule: A checkpoint always has 1,3, or 4 paths leading out of it, except the initial starting path. It isn’t possible to create more than one path in a cardinal direction, it isn’t possible to overlap an existing path, and if a checkpoint has 2 paths, there’s a hidden path near it you should try find. If not, check checkpoints with 3 paths.

When you level up, you’ll see Niko dig a mineshaft that goes downwards from the Mine Encampment. The lengths of these mineshafts are shared amongst all the characters in the league, based on the character with the highest level. Niko stops digging at depth 34, where you can encounter level 68 monsters. The mineshaft is designed for players that don’t progress their delves during the campaign, as it is a straight downward path with nothing worthwhile in it. Keep in mind, it will override any node.

Almost done! The Azurite Mine has 6 common biomes. Each biome will have its respective monsters, encounters and fossil drops that are common. Occasionally, a city biome may spawn, with loot that is better, and a special boss which is usually harder to beat.

And finally – you can spend your hard-earned Azurite multiple ways. First, you can spend it via Niko to purchase resonates. You can also use it at the Generator to purchase flares and dynamite or upgrade them (as we spoke about before). You can upgrade your delve attributes, such as your darkness resistance, sulphite capacity and light radius.

And there you have it, our Delve guide for Path of Exile! We hope you enjoyed, be safe in the Azurite Mine! Also tell you that MMOexp offer best POE Currency, if you need.